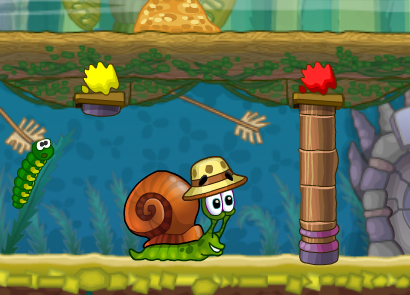 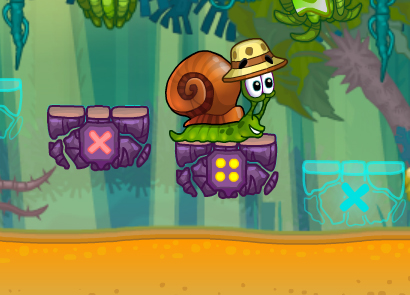 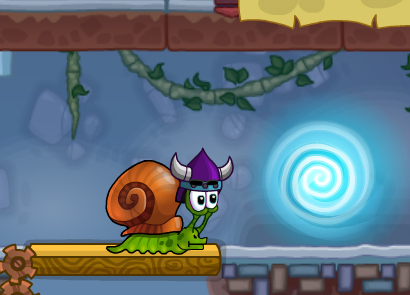 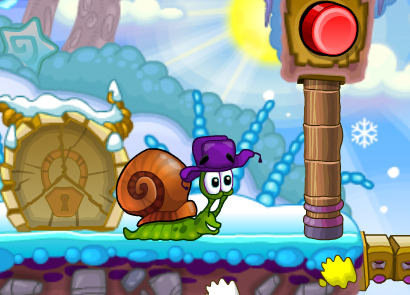 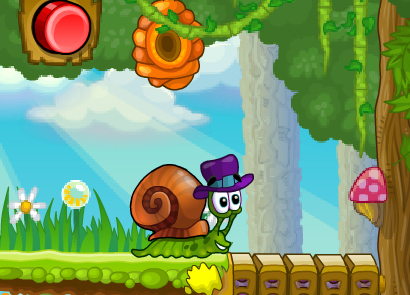 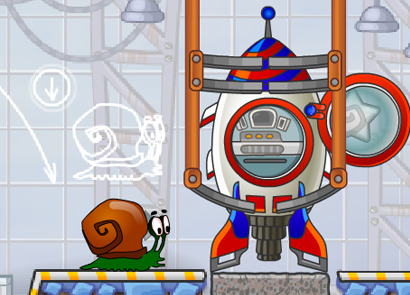 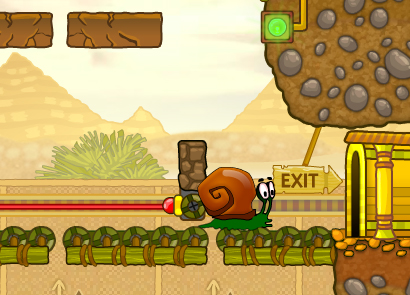 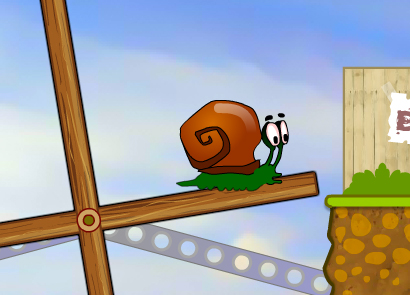 Welcome to Snail Bob World, home of the hottest, most popular Snail Bob games on the internet! In these games, you play as a friendly, adventure-loving snail, on a mission to save the world – or at least himself. In each of these games, you are tasked with defeating bad guys and overcoming obstacles while collecting stars along the way. These games can be played with only your mouse, however some versions also allow you to use a few keyboard hotkeys as well. Dive into the adventure of a snail and play all of the Snail Bob games today!

In Snail Bob 1, Bob has been suddenly evacuated from his home by his evil landlord. What’s worse, his landlord not only kicked him out of his home, but literally threw him three towns over! Now, Bob must find his way back home, but the journey will not be easy. Bob discovers that the world is a very dangerous place, and he must be very careful where he steps and what buttons he pushes so he’s not faced with imminent death!

It’s party time! Get your party hats on and join the party in Snail Bob 2. In this episode, Bob remembers that today is his grandpa’s birthday and he forgot to get him a gift! Even worse, he doesn’t live close to his grandpa’s house, and will need to travel through the dangerous jungle to be able to make it to the party in time for cake and ice cream! Help Snail Bob reach his destination and deliver his grandpa’s birthday gift, but watch out! There are tons of evil, bullying snails and other hungry predators on the loose in the jungle. Don’t get snatched up by that hungry hawk or step on the shocking vines!

Snail Bob and his grandfather have decided to take a trip to the local History Museum in Snail Bob 3. But, of course, Bob is a curious fellow and likes to touch things that he probably shouldn’t. During the trip, he discovers a mysterious looking machine that is dated over 100 years ago! As he’s ooh-ing and ahh-ing, he accidentally touches a button which causes the machine to turn on and suck him into a mysterious realm. Now, Bob must find his way back home – to his own timeline – before he’s stuck in this new place forever!

Snail Bob is an astronaut in Snail Bob 4! He has been recruited by NASA to travel the universe and seek out life beyond our world. However, the journey is a dangerous one, and not all alien lifeform can be described as friendly! Help Bob achieve his mission and return back home to Planet Earth.

Bob has found his one true love in Snail Bob 5! The beautiful, ever-popular pop-singing snail, Jacquine, but before he could get up the nerve to talk to her, she disappeared. Now, Bob is on a mission to find Jacquine and profess his love to her – and hope that she will feel the same. Unfortunately, he’s not sure where she went, so he will need to let his heart guide him. Help Bob find his way into his lover’s arms for eternal happiness.

Christmas – a time of laughter and happiness – is in danger of never being shared again in Snail Bob 6. Mr. Green has kidnapped Santa and is holding him hostage until Bob can find them. Help Bob travel to the North Pole and rescue Santa so that he can share the Christmas joy with the world!

As if having his own real-life adventures weren’t enough, Snail Bob has created his own fantasy world to overcome in Snail Bob 7! Defeat deadly fire-breathing dragons, avoid bees that shock you with their stingers, and defeat other mythical beings in one of the most creative versions of the game yet! Can you complete all 25 levels?

As Snail Bob and his grandpa are enjoying a quiet ice fishing vacation, trouble occurs in Snail Bob 8! The ice broke – or rather, someone made it break – and after floating down current for several days, Bob is trapped on a mysterious, uninhabited island. Well, at least he thought it was uninhabited – but, he quickly learned that it’s not! Help Bob defeat the village people who want to eat him for dinner, overcome new obstacles and challenges, and collect as many golden stars as possible! Snail Bob 8 features the most levels ever available in any of the sequels – a whopping 30 levels with 90 stars to collect? Can you collect them all? Try it now!